In October, home prices rose 3.3 percent year-over-year, according to the latest CoreLogic/Case-Shiller Indices, bringing them a milestone 15 percent-plus higher than their last peak, in July 2006………… 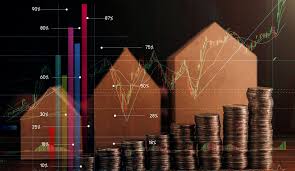 The complete data for the 20 markets measured by S&P:

With October’s 3.3 percent increase in the national composite index, home prices are currently more than 15 percent above the pre-financial crisis peak reached July 2006. S&P Dow Jones Indices, said in a statement. As was the case last month, after a long period of decelerating price increases, the national, 10-city and 20-city composites all rose at a modestly faster rate in October compared to September. This stability was broad-based, reflecting data in 12 of 20 cities.

However, it is, of course, still too soon to say whether this marks an end to the deceleration or is merely a pause in the longer-term trend.

Heading into 2020, appreciation could temper, according to the National Association of REALTORS®, if builders expand inventory options.

Demand remains strong and supply is lacking. Faster price appreciation in warmer Southern states reflect the ongoing migratory trend of people moving out of expensive regions of the country to more affordable parts. In 2020, more home-building activity and consequent growth in supply should tame down home price gains. That’s a healthy development for potential home-buyers. Southern cities should once again do better than most other markets. 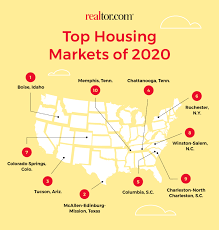 The silver lining to this month’s increase in home price is home-buyers will see continued appreciating value in their home after the transaction, even though the high price may not have been welcome initially.  The moderately rising home prices of late 2019 suggest the economy is approaching a point where prices are beneficial for both buyers and sellers. However, the strain of low inventories at most price points suggests prices will continue to rise into the foreseeable future.

Price trends varied across cities depending in part on affordability constraints and population growth pressures, chief economist at CoreLogic, says. High-cost markets, where the lack of affordable housing remains a critical issue, had the largest deceleration in price growth from one year ago, with prices declining in San Francisco on an annual basis for the third month in a row. Of the cities in the composite index, Phoenix and Tampa top the list of annual appreciation, reflecting rising demand from strong population growth in Arizona and Florida.